More than three decades has passed since the Third Wave of democratization when once-unassailable former dictatorships were replaced with new popular democracies from Eastern and Southern Europe to Latin America, Southeast Asia and to Northeast Asia. While the statues and statutes of former dictators have long been destroyed, nostalgia for the former dictatorship still drives individual political attitudes and related behavior in many democracies. Political elites and parties have frequently referenced back to the former regime, and voters have elected them to office. This begs the following questions: Why do voters support politicians who frequently reference back to a former dictatorship? And what explains the variation in electoral success of nostalgic rhetoric across countries? This book provides an extensive investigation of authoritarian nostalgia, systemically reporting and analyzing the impacts of the sentimental longing for an authoritarian past.

I argue that authoritarian nostalgia is an important source of group sentiment and related behavior in post-authoritarian democracies. Voters with nostalgic sentiment construct heightened social identity connected to the past, exhibit strong group sentiment based on historical perception, and express attachment towards authoritarian successors. I further explain variation in nostalgic voter behavior across democracies by examining how dictators have consolidated symbolic power through nationalism, introducing a political psychological perspective with an emphasis on symbolic politics in addition to the conventional focus on political economy. I argue that histories of state-sponsored hierarchical nationalism under dictatorship generate stronger nostalgic voter behavior, while nostalgic rhetoric proves less effective in countries with egalitarian nationalism that emphasizes civic and popular features.

I test my arguments with a new, reliable measure for authoritarian nostalgia, drawing on original survey data from four key cases of South Korea, Taiwan, Indonesia, and the Philippines. I employ multiple empirical approaches to test this main argument. First, using original survey data, I use a randomly assigned candidate comparison analysis to demonstrate that voters high in authoritarian nostalgia are more attracted to hypothetical candidates evoking nostalgia than those with high programmatic or ideological proximity. Second, I compare the historical trajectories of nationalism formation in four Asian cases of South Korea, Taiwan, the Philippines, and Indonesia and show how varied histories of nationalism are associated with different nostalgic voter behavior in democratic elections. Third, with new cross-national measures of authoritarian legacies and nationalism types, I conduct quantitative analysis across all Third-wave democracies and show that the authoritarian past has a more influential legacy in countries with hierarchical rather than egalitarian nationalism. Empirical results corroborate the political importance of authoritarian nostalgia, which is greater than programmatic or ideological proximity. In post-authoritarian democracies, how citizens perceive the past can promote strong group sentiment and heightened attachment to political elites and parties connected to the past. 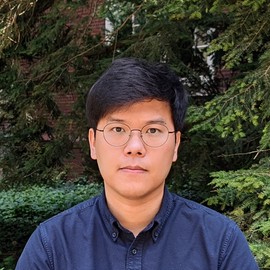